YOUR GUIDE TO ISLAMIC FINANCIAL INDICES 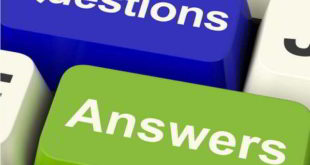 In this day and age, a disease which is rife in our communities – despite it being totally abhorred by Allah Ta’ala and His Messenger ﷺ – is that of tribalism. Just like Non-Muslims, Muslims all over the world, have become prey to disunity and dissension on the basis of ethnic, regional and racial bigotry, which is in total conflict with the teachings of Qur’an and Hadith. Allah Ta’ala mentions in the Qur’an:

Translation: “And from His signs are the creation of the heavens and the earth and the variations in your languages and colours.” (Of your skin despite the fact that you all came from Adam ‘Alayhis-Salaam and Hawwa Radhiyallahu ‘Anha). (Al-Rūm, 22)

The above verse clearly outlines that differences of colour and language are from amongst the many signs of Allah Ta’ala. And based on principles of Sharī‘ah, disrespecting and looking down upon the signs of Allah Ta’ala constitute ingratitude and rejection/non-acceptance of the decree of Allah Ta’ala, which result in major sin. Unfortunately, many prominent, so called “intellectual” people and “Deeni conscious” people have grown to harbor hatred within their hearts for others due to differences in race and language.

It is natural for a human being who is born and brought up in a particular tribe or country to have love for his tribe and country. This is also appreciated and recognised in Sharī‘ah. Sharī‘ah appreciates the diverse values and practices that arise from gender, cultural, ethnic and national differences, and accordingly, has laws governing such issues. Whilst there is general recognition of diversity in terms of ethnicity and nationality, Sharī‘ah allows Muslims to recognise and laud the praiseworthy qualities of a certain tribe or group. However, it does not tolerate condemnation, victimisation, criticism, derogation and disparagement of other tribes or groups due to certain deficiencies in them. Similarly, whilst Sharī‘ah approves of the good of a certain group, it does not tolerate such self-praise which results in the degradation of another group, which is the essence and core of tribalism.

The divine wisdom and sole purpose behind the creation of various tribes and nations is recognition and not pride and supremacy, which unfortunately is our case. Allah Ta’ala mentions in the Qur’an:

Translation: O People! We have certainly created you from a single male (Adam) and female (Hawwa) and made you into various families (nations) and tribes so that you may recognize each other (so that each person may know where he belongs and who the others are. Your differences in lineage and race do not make any of you superior to others because) Verily the most honoured of you in Allah’s sight is the one with the most taqwa (piety, purity, and righteousness). Allah is certainly All Knowing, Informed. (Al-Hujurat, 13)

Instead of recognition and identification, people have made this variation and difference a reason to claim virtue and supremacy over others. People of a certain tribe or lineage consider those from another tribe to be lowly and inferior. Whereas, family lineage and tribal roots are not a means of proving one’s nobility. Nobility and greatness lie in the fear and obedience of Allah Ta’ala, as mentioned in the above verse.

Hazrat Moulana Shah Hakeem Akhtar Sahib Rahimahullah says: ‘Since all languages are a sign of Allah’s power. That is why it is an act of kufr to think low of a sign of Allah or to degrade it or to consider it inferior. Prejudice, nationalism, and sectarianism; saying “so and so” is from there, and “so and so” is from such and such place, therefore he is better, these are all acts which lead to kufr and there is fear of one losing his Iman and therefore eventually being deprived of paradise. Allah Forbid.

Hazrat Ibn Abbas Radhiyallahu ‘Anhu says: For people, honour lies in wealth, whilst in the sight of Allah, it lies in righteousness. (Ma’ariful Quran, Vol. 8, Pg. 145)

But alas! If we really do some sincere soul searching, we will conclude that the stench of jahiliyyah (ignorance) still lies within our bosoms. Outwardly, we show that we are united, but within our hearts – which are like that of wolves -, we hide our evil and hatred; we develop schemes and plots and spread propaganda against our own Muslim brothers merely because they are not of the same tribe and do not speak their language. Because of our hatred and jealousy, we cannot tolerate them advancing and progressing, and thus try putting them down and jeopardising their progress. As though indirectly, through our actions, we disagree with the Decree of Allah Ta’ala. Allah Protect.’

Irrespective of whether one is a Surtee, Memon, Gujarati, Indian, Pakistani, African, black or white, mankind has been created for the lofty purpose of recognising Allah Ta’ala. It is however sad to see that due to our ignorance and shallow minds, we have made these aspects a means by which we discriminate others and quarrel among ourselves saying, “I am Surtee, and he is Memon”. Every matter and petty issues are based on race and tribalism. Is this the teaching of Qur’an and Ahadith and Sharī‘ah? Instead, we need our hearts to be united. We need to inculcate within our hearts and lives the fear of Almighty Allah Ta’ala, so that we may be a strong front to avert the evil forces. The unity within the galaxy of Sahabah Radhiyallahu ‘Anhum; like Bilal Radhiyallahu ‘Anhu, from Abyssinia, Salman al-Farsi Radhiyallahu ‘Anhu from Persia etc. led them to conquer the world and to be what they are. The entire human race is but one family. Division into nations, tribes and sub-tribes of all sizes and races is meant only to give a better identification of one another.

Anas Radhiyallahu ‘Anhu narrates that Nabi ﷺ said: ‘Do not harbour malice for each other. Do not be jealous of each other. Do not turn away from each other, and do not sever ties of kinship with each other. O Servants of Allah! Remain like Brothers. It is not lawful for a Muslim to sever ties with his brother for more than three days.’ (Bukhari: 6065, Muslim, Ahmad)

May Allah Ta’ala make us true believers and remove the sicknesses of our hearts and make us united brothers, as Allah mentions in the Qur’an:

Translation: “The believers are Brothers” (to each other). (Al-Hujurat, 10)

Share
Previous Dhul Hijjah
Next DUA FOR A COLD DAY THE NIQAB AND ITS OBLIGATION IN THE HANAFI MADHHAB